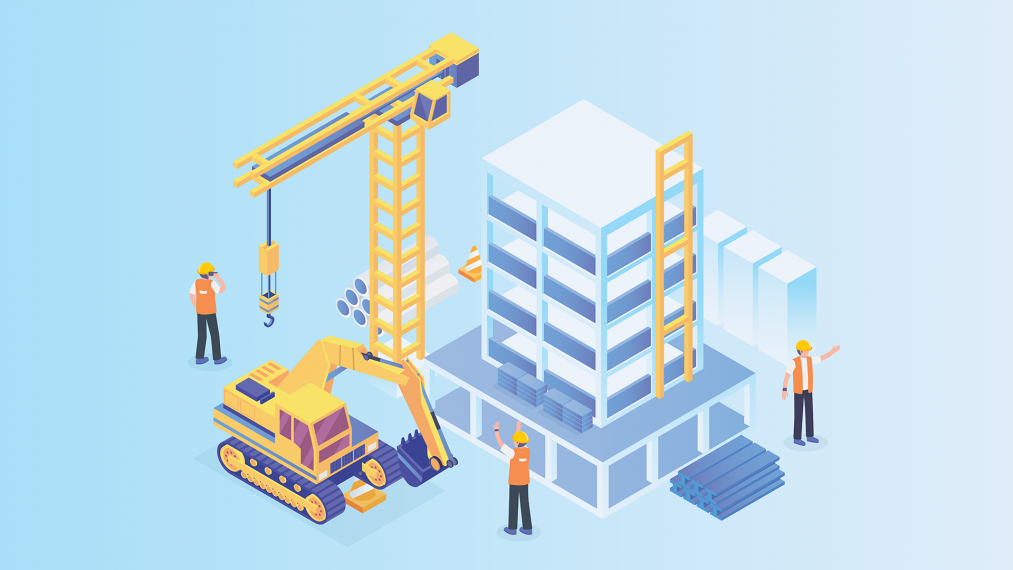 We predict the most exciting and promising construction industry tech trends for 2019!

In recent years, construction industry tech trends have brought about significant changes in working methods, along with cost efficiencies. For the near future at least, this rapid innovation looks set to continue apace and perhaps even gain momentum.

If you are a site manager or company owner in the building industry, you will probably want to be aware of construction industry tech trends for the coming year. If so, read on. Here, we introduce and explore ten different ways in which companies are deploying emerging technologies.

2019 could well be a breakthrough year for the use of augmented reality in the field of construction, still one of the least automated. Cumulative investment in construction technology increased by around thirty per cent during 2018. In the USA, the sector is already worth an estimated $1 billion; such is the rate of expansion that industry commentators expect annual turnover to exceed $10 billion by 2020.

A recent example illustrates the possible benefits. In Rhode Island, New England, a firm of commercial builders used Microsoft HoloLens software, a system that displays holographs while the user is in the physical construction environment. Usefully, the resulting mock-up of the project showed that the steel wall support frames that the company were going to order would be too long. Because the potential mistake was rectified early and avoided time-consuming and labour-intensive modifications, the company saved around $5,000.

Though still in its early stages and not without occasional imperfections, such systems are already boosting efficiency. As AR becomes mainstream, fewer projects should exceed budgets or deadlines.

Smart glasses, smart clothing and sensors will boost efficiency and safety. Smart glasses will become more compact, powerful and stable with technological advances. In the above Rhode Island example, staff used a head-worn augmented reality computer instead of working from paper blueprints or digital screen-based models.

Increasingly during 2019, computer networks will form a digital backbone for the building industry. From the very beginnings of project lifecycles through to budget evaluation and monitoring costs, teams will benefit from better information flow. Designers, architects, engineers, technicians and administrative staff can expect extra synergy with the ability to collaborate more efficiently and in real time.

Enhanced building information modelling systems and software will almost lead to change in how companies design, develop and manage their construction plans. Whether through quicker drafting and sharing of conventional two-dimensional schematics or of three-dimensional models, considerable benefits and shorter lead times are on the cards.

During 2019, we might well see wider adoption of modular construction. Although the technique does involve some trade-offs, there are significant benefits in terms of shorter lead times and reduced costs while still maintaining quality standards.

According to information published by London-based publisher Building, it is possible to complete project work in around half the usual time with modular construction techniques when compared to traditional methods. Moreover, continued advances will probably see standard processes and modular methodologies used to more significant effect. Developers and building firms will move towards using off-site pre-assembly as much as possible, while onsite assembly work will, therefore, reduce correspondingly.

Years ago, the idea of self-healing concrete would probably have raised incredulous eyebrows. Nowadays, evoking a sense of what might once have been considered science fiction, construction industry tech trends mean that building projects now specify this innovative material as a matter of course.

Using cutting-edge biotechnological principles, friendly bacteria in the core of the concrete become more active and produce limestone if the outer layer is exposed to air and water – as is typically the case if there are surface imperfections or areas of damage. Concrete repairs are also possible with smaller cracks and surface finishes since the fix can be applied conveniently as a spray or as a mortar.

Drones are becoming increasingly accurate in readings, land mapping and surveys. Consequently, their usage might well multiply by five times during the next ten years.

Similarly, robots are becoming more precise in manipulating routine workpieces and handling repetitive tasks. Robots, therefore, look set to become a major force within the world of construction. GenieBelt, a Danish multidisciplinary team of Danish consultants, estimates that the deployment of robots within the sector could almost triple over the next decade, with a growth level of up to 175 per cent.

In 2019, the industry will continue to use advanced GPS tracking and satellite positioning features to maintain the speed of construction. Coupled with impressively low IT spending at less than one per cent of total revenue, the competitiveness of those firms that capitalise on emerging technology is likely to rise.

Making the most of construction industry tech trends

If you would like to benefit from the advantages of the latest technological solutions and software, security or site management systems for visitors, contractors and staff, contact us. Our friendly team of experts at VisiPoint will be delighted to help. If you are a decision maker within the building industry and wish to find out more, tap into our expertise and get started today.

Fill out the form below and you'll get an information pack delivered straight to you inbox!  It'll help you evaluate our visitor management system - and it's great for sharing with other members of your team.

Why Visitor Management For Manufacturing is Vital

How to Improve Construction Site Security

Fill out the form below and we'll be in touch to discuss your requirements and arrange a demonstration: