An Android Visitor Management System is Better. Here’s why 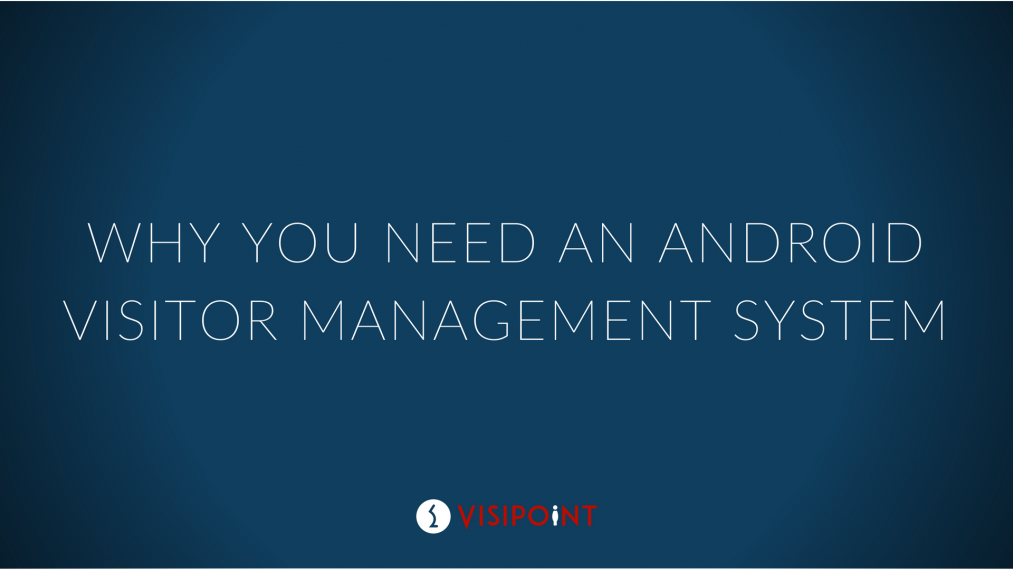 Why you should choose an Android visitor management system over the competition.

Five years ago, the predictable and solid advice may have been to get an iPad or use a web app. Things have changed for the better.

While iOS has many consumer and enterprise positives, when it comes to purpose-built touch screen hardware it can no longer compete with the range of options available on Android platforms. Apple’s reluctance to open up it’s hardware functionality to take full advantage of third party hardware and accessories has opened the door to hardware innovators who have the nous to experiment with form factor and features.

While you’d be forgiven for thinking that every office is more or less the same, the reality is that there is no uniform Visitor Management solution out of the box. Depending on the space available, the nature of the business and the budget, a simple tablet may not do the job.

With an iPad and an app based visitor management system you’re limited to:

On the contrary, Android allows you to build whatever your imagination can muster, including:

When you buy an iOS tablet, that’s more-or-less what it will be forever. It doesn’t have to be this way.

Because Android hardware can be manufactured by anyone with the gumption, it’s much easier to upgrade, repair and replace Android hardware when necessary. This counts for software integration too; there are far more possibilities for system or hardware level control within an app on an Android device.

Modular components that may be included in the hardware itself may include:

While it’s true that mobile phones running Android are often less secure than iOS devices, this is not necessarily the case for other hardware form factors, especially those being produced by specialist third parties.

Because they’re able to build on Android themselves and restrict functionality as desired, it’s actually a lot easier to meet the security by design GDPR requirements for bespoke Android hardware, without sacrificing functionality as you would need to on iOS.

With an Android visitor management system, the control over security updates, patches and OS upgrades lies purely with the vendor. And that’s a good thing.

It means that there are no system critical updates that can complicate matters outside of an SLA or workflow. Typically most Android visitor management systems will use a stable custom build of the operating system that features security tweaks intended to prevent the need for regular OS or firmware updates. It means that it can be more difficult to run up-to-date apps from the Google Play store, but in most cases the device will be severely restricted in this respect to meet a security use case anyway.

Like the advantages accrued through a choice of form factor, the freedom to integrate on Android is incalculably more flexible than it is with an iOS device. Partly because of the ability to control, add or remove hardware and partly because Android is more agnostic than iOS by nature, making customisations based upon use cases or workflows established by legacy technology or a well-cultivated technology stack is much more straightforward.

This counts double for integrations that require some form of physical control, like access controls and CCTV.

VisiPoint are Android visitor management system specialists. If you’re looking for reliable, intuitive visitor management hardware and software, VisiPoint is ideal. Contact Visipoint on +44 191 341 0016 where a member of the team will be happy to assist you with your enquiry. You can also Book a Demo with a member of our expert team!